Cotton: The reboot of our lives.

We’ve reached the point with reboots and remasters where I have no knowledge of the original game. Such is the case with Cotton Reboot!, a shoot ’em up originally released as Cotton: Fantastic Night Dreams in Japanese arcades in 1991.

After a few previous ports, it’s now been rebooted for modern systems, including the Nintendo Switch. If you’re a fan of scrolling shooters, don’t overlook this one as I originally did. Cotton Reboot! is a game worthy of its titular exclamation mark.

You play the game as Cotton, a witch with an affinity for Willow Candy. Each level of the game allows her to collect a small piece. If she collects them all, they can be combined into a giant piece…or something like that.

It’s all a little quick and nonsensical for a setup, but that’s very much part of the game’s charm that carries through perfectly to its action-oriented gameplay.

The pacing of Cotton Reboot! is set immediately, with quick story elements that push you straight into the action. I’ll attribute this to the game’s arcade origins, as they were all designed to quickly get you on and off the cabinet so more money could be pumped in. That Cotton is able to convey so much charm so quickly is a pretty impressive feat.

Cotton herself is a broom-riding witch; a nice break from the spaceships, robots, or military fighters you normally see in shmups (or STGs). She’s accompanied throughout the game by a bikini-clad fairy named Silk, with more fairies joining in as the game progresses. These depictions earn the game’s “cute ’em up” designation, but don’t get the wrong idea; the costumes here aren’t a last-ditch effort to push sales. Cotton Reboot! doesn’t need fan service, as the game’s action stands up well enough on its own. 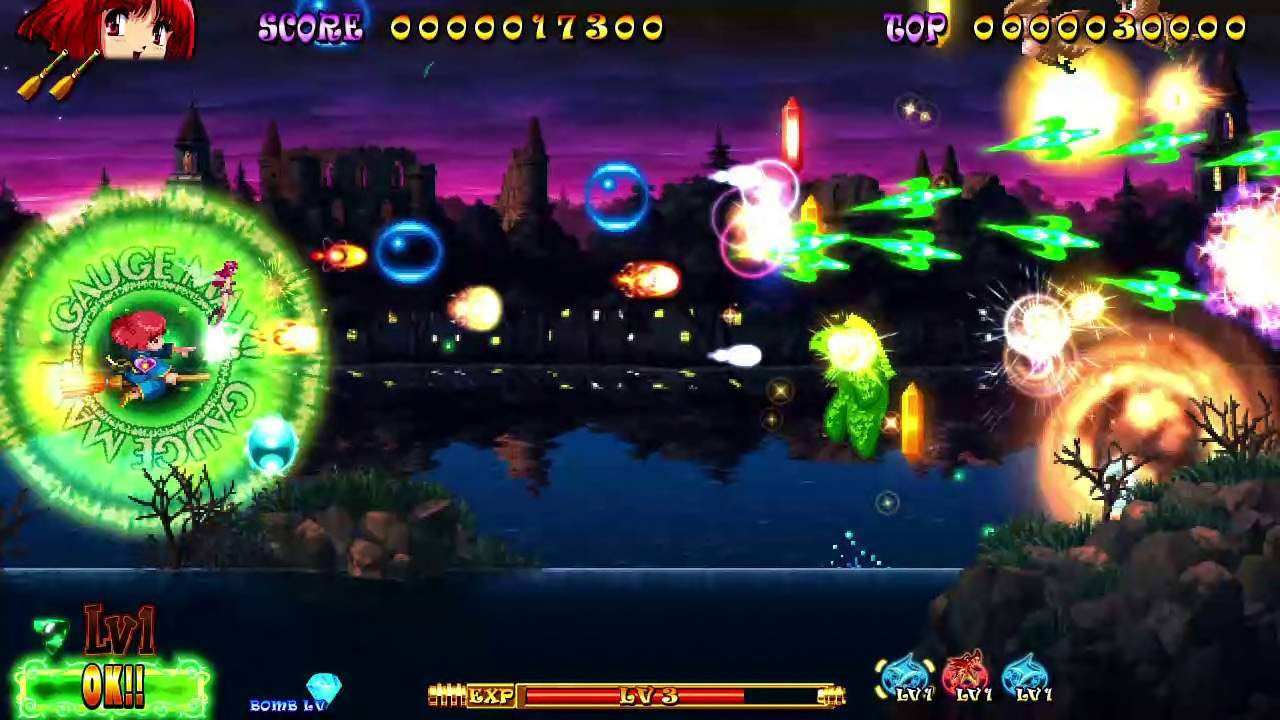 This is largely because it’s not a “bullet hell” game. You don’t need to play levels over and over again in an effort to memorize attack patterns. Although the game throws a lot of firepower at you, basic arcade skills can push you through. The bosses are tough, but never unfair. Although things certainly get easier with replays, you’ll be pleased by how far you can get in your initial runs. Those successes keep the proceedings light and provide incentive to keep going when you’re bested.

It helps that the game is fun to look at. Arrange mode is your “reboot,” and it does a great job of looking modern while retaining the inspiration of the original. The colors are vibrant, but not overpowering. The whole thing just looks good, and the visuals change enough as you advance to keep things interesting throughout. If you’d rather go full retro, you can play the X68000 version to get your pixel fix. 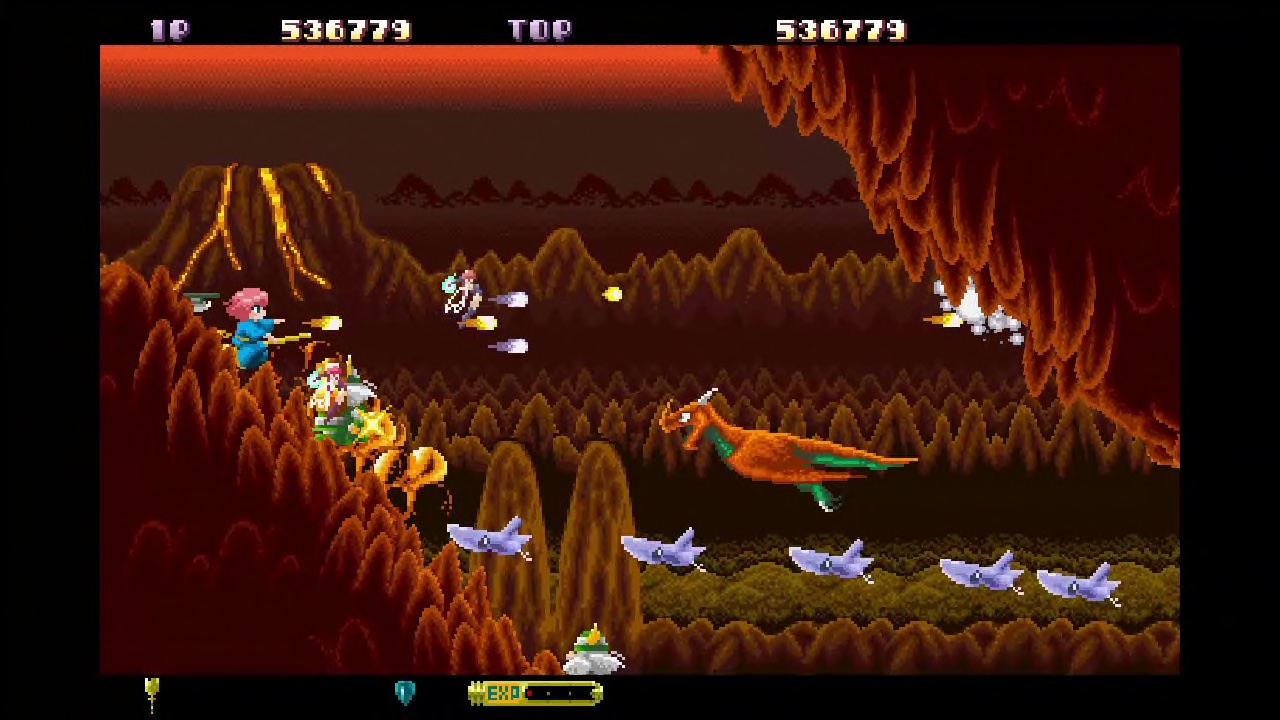 Each version looks great and plays well in both docked and handheld mode, but the action is much easier to follow on the big screen.

Cotton didn’t just get a visual upgrade here, however. Gameplay has been modernized, too, throwing more at you and balancing the action with smoother controls and more firepower. This isn’t a game where you simply destroy enemies; Cotton collects gems that are dropped throughout, and you’ll need to learn when it’s safe to dive forward to grab them. Shooting them alters their color, changing the abilities you acquire when you grab them. Learning how and when to use your more powerful weapons/fairies is a lot to consider, but that makes the game more rewarding as you master its nuances. 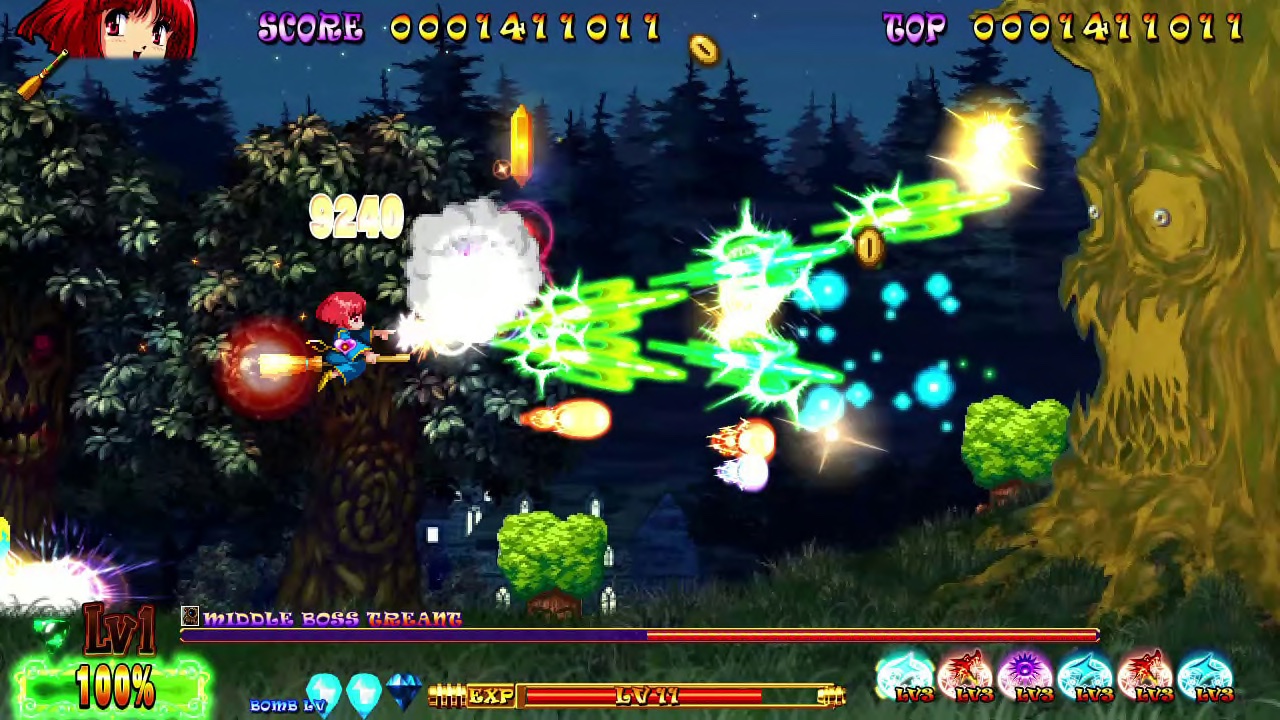 That’s important because Cotton Reboot! is also a very short game. You’re meant to play through to the end each time you start it up, earning a higher score than last time. Online leaderboards will serve to remind you just how much better you need to get.

My only complaint concerns the $39.99 asking price. As an arcade reboot, it’s very much the type of game you’ll play every now and again when taking a break from larger titles. It fills that role quite well, but so do many other games for half the price.

Still, Cotton Reboot! is a lovingly updated version of a fun original, and shoot ’em up fans should be thrilled that it’s now available worldwide. It’ll be a bit too easy and short for the hardcore fans, but the historical perspective still makes it worth the time.

Here are the Blackwind Xbox achievements