Curious Expedition 2 is a roguelike adventure and strategy game developed by Maschinen Mensch and published by Thunderful. Unfortunately, what starts as an intriguing adventure with fun exploration elements quickly becomes monotonous.

The game begins with a prologue, which also acts as a tutorial. The tutorial is needed, even though the gameplay itself is relatively straightforward. During your adventure, a lot is going on, from exploring and meeting new people to trading with them and recruiting them to your team.

The story was strong, but I found myself tuning it out as I played the game. Why? Because the gameplay grew stale, and I wanted to get through it quickly. 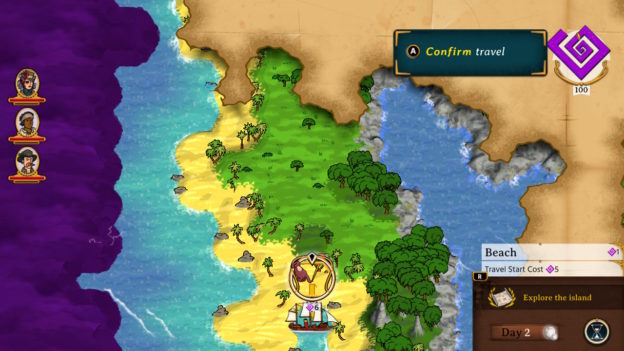 Set in the 19th century, Curious Expedition 2 is about a band of explorers. They take quests, search for treasure, and explore the world. All the while they try to figure out what that purple haze is about and why it’s slowly covering the map.

It sounds good in theory, but the gameplay wasn’t on the same level. I enjoyed the prologue since the experience was new to me. The map is fun to explore, each step clearing away more fog so you can see more of the map. People and animals are on there as well as areas you can go to and explore further. 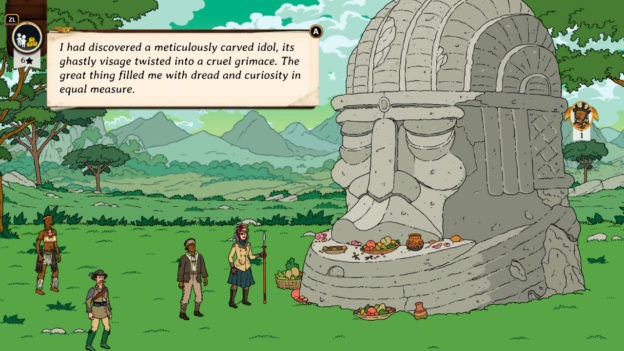 You can recruit new people you meet, trade with them, and earn their trust so that you can sleep and rest in their village. Each space on the map costs “sanity.” To regain sanity, you need to rest or eat something like chocolate or whiskey.

What bothered me about Curious Expedition 2 was that it’s almost like a visual novel in some ways, but you have little control over what happens. For example, if I want to befriend a villager, I can’t say whether I want to or not. I have to roll a set of dice, and if I succeed in rolling the correct color, then I succeed. If not, then I fail, and trouble ensues. Maybe this was meant to happen, so you have some replayability. But the problem with that is if I want a different outcome, it’s still up to chance. 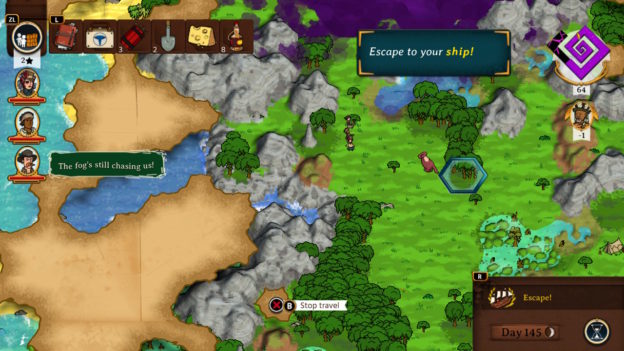 Sure, this makes it, so you face some challenges in the game. The dice rolling is also the combat system, which I liked. However, combat was few and far between. Trading was difficult, too, because the NPCs know what fair trade is, and if I don’t have anything they don’t want, I can’t trade. This put me in a few tight spots, especially if I was running out of sanity.

In each area, you walk through the map, go to different places, roll dice, and eventually get what you need. However, I failed my first quest because I was supposed to explore a pyramid. I did so and found a treasure, so I left, thinking I had accomplished my goal. Except, it wasn’t the treasure I was meant to get, and the game believed me to “give up” the mission. Thus, I had to start all over. 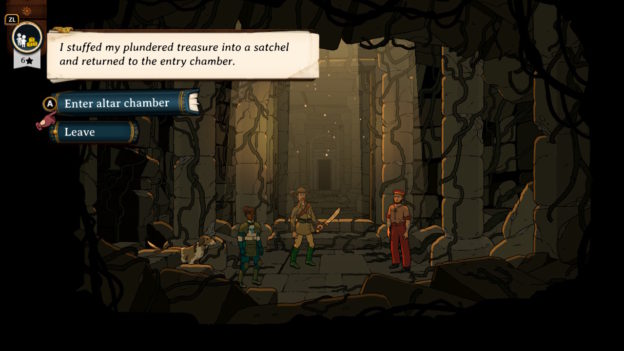 The strongest part of Curious Expedition 2 was the aesthetics. The hand-drawn art style was vivid and crisp, and the music was on-point. The story was good, but it wasn’t enough to keep my interest, thanks to the repetitive gameplay and lack of control over my choices.