Lake Review (PS5) – Lake is precisely the game I needed in my life. A relaxing experience with great characters and narrative. Developer Gamious has crafted a charming world that feels great to live in and experience.

It may not be a game for everyone, but for those looking to get away from the frustration of games like Elden Ring or even the stresses of the real world, Lake is perfect for you.

A Story About Friendship And Connections

Lake tells the story of Meredith Weiss, who returns home to her town of Providence Oak, a fictional town set in Oregon. Meredith returns to work as a temporary Mail delivery employee.

She’s come back to take over for her father, who is going on a two-week vacation with his wife.

Meredith, of course, has her own life in the big city as a computer programmer. This is significant since the game takes place during the 80s and she’s a well-respected woman in a profession dominated by men. 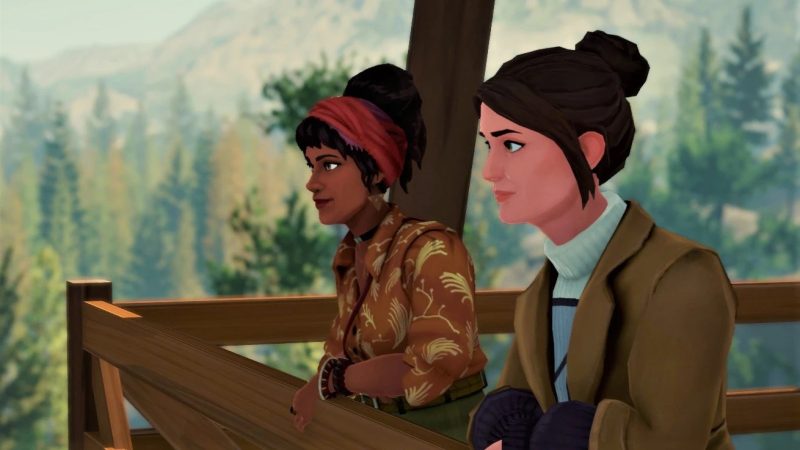 While on her delivery routes, Meredith reconnects with the townsfolk. People who remember her as a child and even a young adult try and reconnect with Meredith, but it’s up to you if you want to reconnect with anyone.

The game’s dialogue choices leave the game wide open for the person you want Meredith to be. Many characters ask to spend time with Meredith after her working shift, and you can choose to hang out with them or not.

If you choose not to, you’ll reach the ending fairly quickly and miss out on a lot of the character building, which is one of the game’s strongest aspects. Every central character has a distinct and robust personality.

The crazy cat lady always asks for your help with her cats but always judges you on your opinion. The best friend that Meredith grew apart from, and many more. 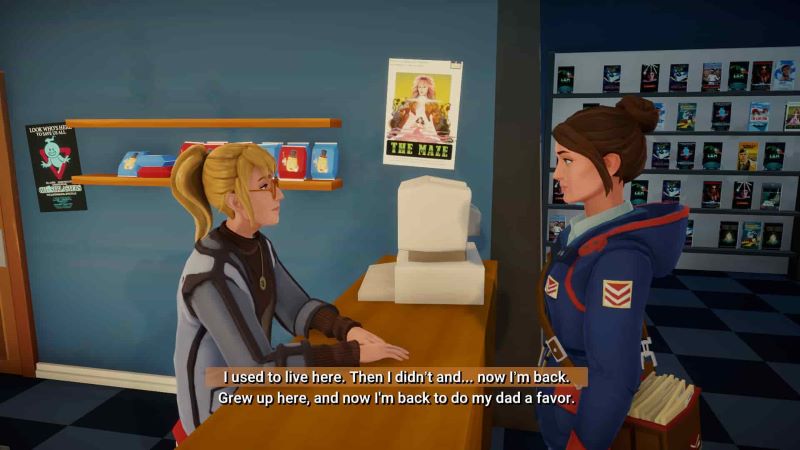 If you choose to spend extra time with these characters, even doing them favours like babysitting or taking a sick cat to the vet opens up plenty of dialogue throughout the game with each character.

As you spend more time with them, it becomes harder to make the final decision in the game. Will you choose to stay in Providence Oak’s or go back to your life in the city.

There are even love interests in the game, but these seem rushed as you only spend two weeks in the town and minimal times of interaction with your love interests.

One issue I did have with the story is that some characters’ stories feel unresolved or unexplained. One story involves Frank, who runs to Post Office.

You find out that he has a gambling problem, and some of the residents are also making money by going through the Postal Service. 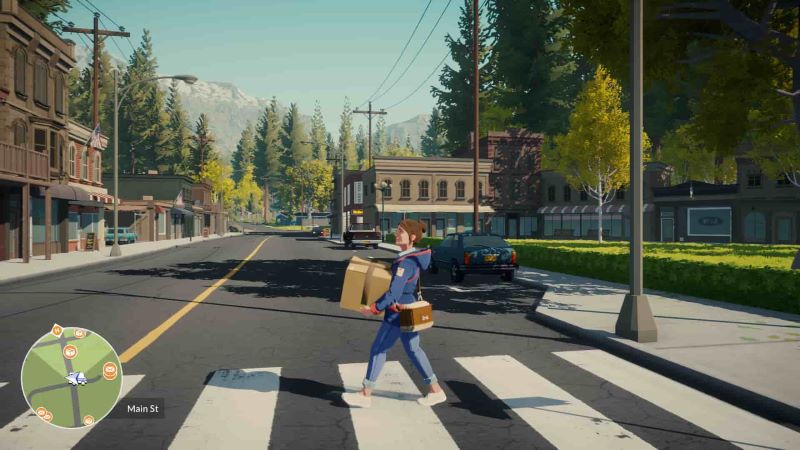 He gets discovered and is under investigation, but the investigation is dropped without any real answers. I’m left to believe that Frank is running some criminal organization throughout the town and is getting away with it.

The gameplay is as simple as it gets. You drive around a mail truck and deliver mail and parcels to the residences of Providence Oaks. It sounds boring and repetitive, but boy did I love doing it.

It may not be exciting, but driving around the bountiful town that surrounds a giant lake feels so relaxing. There are some moments when you can pick up some side activities like taking pictures with a camera, but there isn’t much variety here. 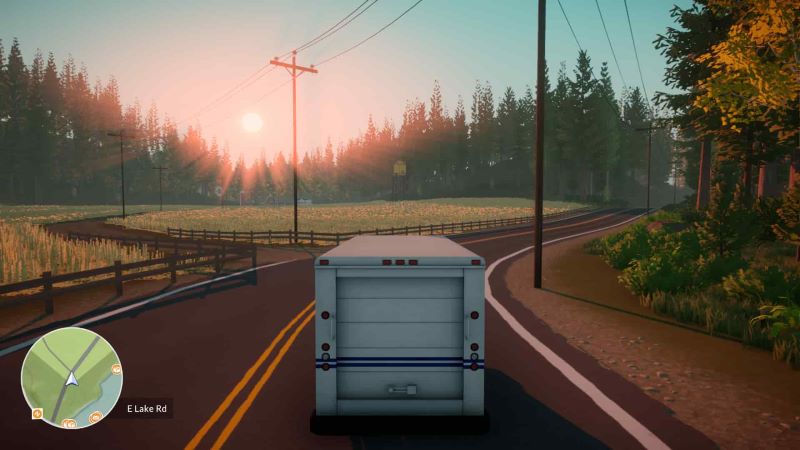 I do wish that Meredith would move a little faster. Even when you use the sprint button, she moves a little quicker, but it can still take a while to get places.

I also got tired of delivering just one letter to the opposite side of the map, which takes five minutes to drive roundtrip. It would be okay if it were more than one piece of mail, but it’s always just one piece.

Visually the game is hit and miss. I loved the cartoony art style from afar, but you can see some lifeless character models when the game zooms in. Even during conversations, everyone stares at each other like possessed robots.

The world is vibrant and colorful but does suffer from plenty of pop in issues, and at some points, the camera goes into weird angles during cutscenes.

The soundtrack is also present. Though most songs are Country which isn’t my cup of tea, it was pretty good here.

The only issue is that while driving the mail truck, the radio only played about four tunes and started getting repetitive to hear the same few songs constantly.

The characters are brought to life with fantastic voice acting. It was a pleasure talking with almost everyone in the town. It’s clear that every actor brought passion to their roles and felt like they genuinely cared about their characters.

Lake is a beautiful experience that came around at just the right time. I enjoyed my in Providence Oaks and wish it would have lasted a bit longer.

It’s hard not to recommend Lake to everyone with excellent writing, voice works, and characters, but unfortunately, it’s not a game for everyone with its lack of varsity and repetitiveness.

To find out more, visit: https://whitethorndigital.com/lake