Silt PS5 Review. Spiral Circus has followed through with its promise of a visually-arresting aquatic horror adventure as Silt bewitches with its hand-drawn art style, nightmarish ocean monsters, a mysterious, otherworldly story, and a sense of dread only the inky depths can provide.

After playing the demo for Silt earlier this year I was heartened by its ability to capture the despair and unnervingly cold beauty of the ocean depths. A monochrome voyage into a disturbing biomechanical world under the waves, and a supernatural element teased something cosmic in the seas.

Taking inspiration from Playdead’s certified masterpieces Limbo and Inside, Silt is a wordless black and white 2D tale of an unknown protagonist awakening in an unknown environment and is blessed with a strange connection to the macabre world.

In Silt’s case, a diver awakens, seemingly chained to the floor of an underwater cave, with no feasible means of escape in sight. Then we learn our protagonist can spiritually ‘reach out’ to the local wildlife and possess them. This ability puts me in the diminutive scaly body of a toothy fish that can chomp through the chain, allowing the diver to swim out of this briny prison and hopefully find some answers.

The initial areas silently teach the basics of possession in the form of various puzzles. ‘A barrier in the way of progression? Take to possession!’ Is the unspoken motto of Silt, and it manages to be utilized in increasingly varied and complex ways. 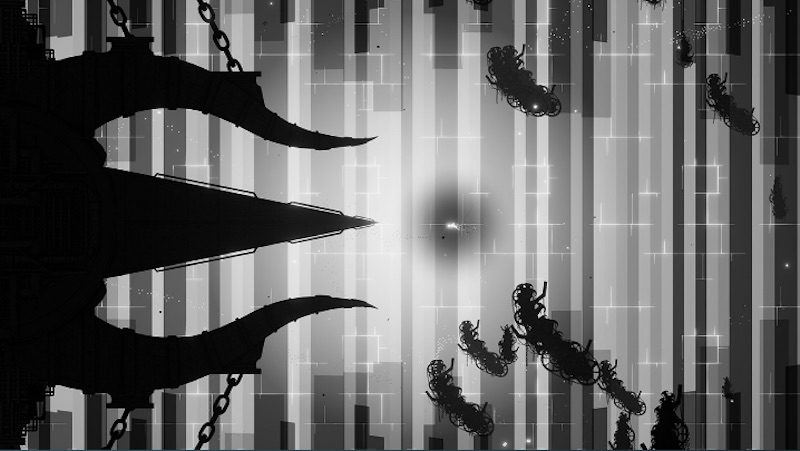 Early on you can commandeer a hammerhead shark-like creature to smash through a glassy obstacle, later, a teleporting ray (as in the fish) is able to flit between otherwise unpassable structures. The evolving nature of this mechanic keeps interest levels up just as much as unraveling the game’s core mystery.

When a game like Silt is wordless, there needs to be a strong visual representation of how the story is conveyed and how progress is made, and Spiral Circus has managed to translate both fairly well. Whilst the world is incredibly detailed thanks to the superb hand-drawn art style, it also offers a stark simplicity that signals solutions and story points without having to go full alarms and klaxons about it. Its set-pieces are constructed with a knowing dread that something unpleasant likely waits ahead.

An early example of this comes when the diver must follow a glowing lure through dark undersea tunnels filled with vicious nocturnal beasts. It’s fairly obvious this lure is leading to a big, hungry fish, but it’s the only discernible way forward, and that same glowing lure ends up being something a savior as the diver speeds through the gloom of the tight tunnels, trying to stay within reach of the only light source whilst simultaneously trying not to end up colliding with an as-yet unseen wall, surely setting the scene for a grisly death. 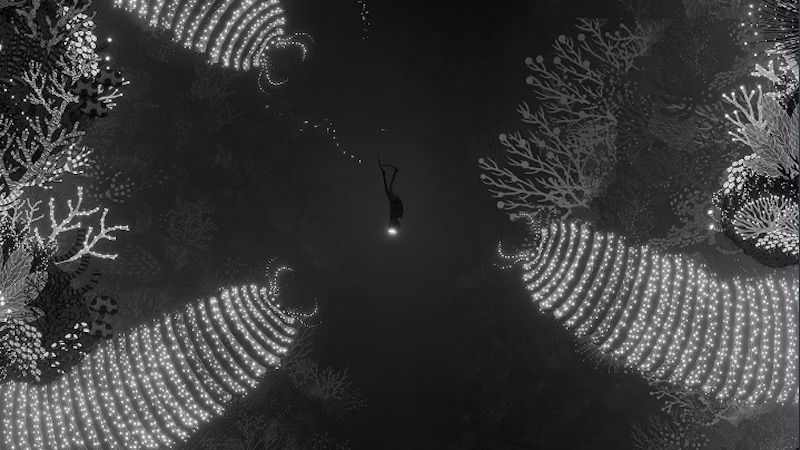 Silt always feels like a procession to the diver’s impending death, it’s just a case of trying to ensure this time ain’t it. After confronting the source of the lure, a gigantic serpentine beast that can easily use the diver as a toothpick, the game’s wider mystery begins to add layers to the ambiguity of the diver’s more immediate situation.

Suddenly there are hints of a lost civilization that seemingly shares a connection with the diver and the monstrous sea creatures they will encounter along the way. The deeper into this abyssal journey the diver goes, the more alien this ocean world becomes. Underwater factories, long abandoned, giant trees with birdlike creatures nesting in them despite being submerged, and colossal mechanical constructs that welcome the diver with monstrous metallic maws. 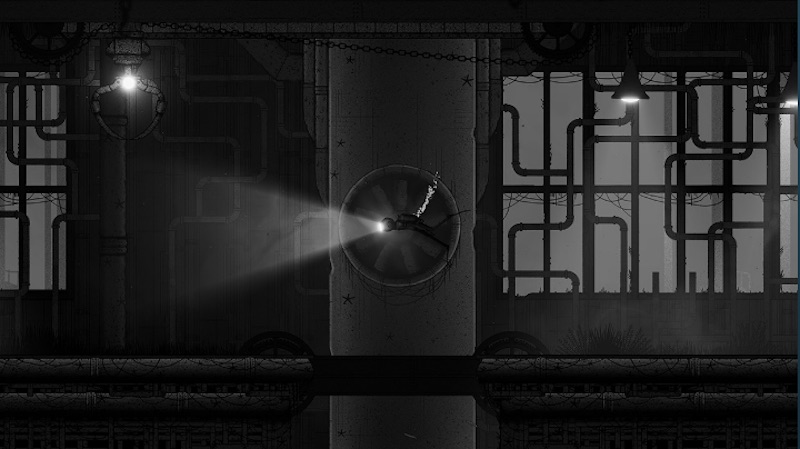 Silt continuously bends the already disturbing and wondrous ocean deep into something more cosmic, fantastical, and dreadful, and that spurred me on to discover just how deep the eel hole goes.

The puzzles tend to sprawl entire stages, made up of smaller ones that interconnect and usually culminate in some tactical faceoff with some lurking leviathan. That does mean some sections are incredibly drawn out, and failure results in a relatively lengthy setback. The allure of what lies ahead was enough to push me through the odd trudging roadblock, but it did slightly spoil the pace when a late mistake led to clawing back several minutes of progress.

Still, it’s a relatively minor inconvenience in what is otherwise an enchanting, often haunting, adventure. Fully embracing the unsettling nature of the great unknown of the deep, dark ocean and subtly tweaking even the familiar aspects of it, Silt contains a bleakness made stronger by its inherent beauty.