The Artful Escape PS5 Review – Indie games always throw me for a loop. The big hitting titles like God of War and Spider-Man see tons of advertisement and screen time, but indies don’t receive the same widespread coverage. When I happen across games like The Artful Escape, I wish against wish that more resources could go toward spreading the word for games like this that succeed as well as they do.

Travel The Stars With Me

In the geographically undefined town of Calypso, Francis Vendetti lazes away the time before his concert the next day. His struggle with the concert comes with the expectation that he must sound exactly like his folk-singing uncle.

Social pressure from the locals presses on Francis, squeezing out the start of resistance to it. That night, he receives an otherworldly visitor that takes him on the trip of his life.

The strength of The Artful Escape’s narrative comes with how the creators deliver everything in a journey through an allegorical universe. It combines low-grade sci-fi with a shallow dip into Francis’ subconscious, and it makes for an excellent combination.

The writing targets specific points, but those points get sprinkled across fun characters, gorgeous settings, and engaging scenarios. The game explores Francis’ journey to find himself, and presents some wonderful concepts, but it never gets too heavy to diminish the fun trip. 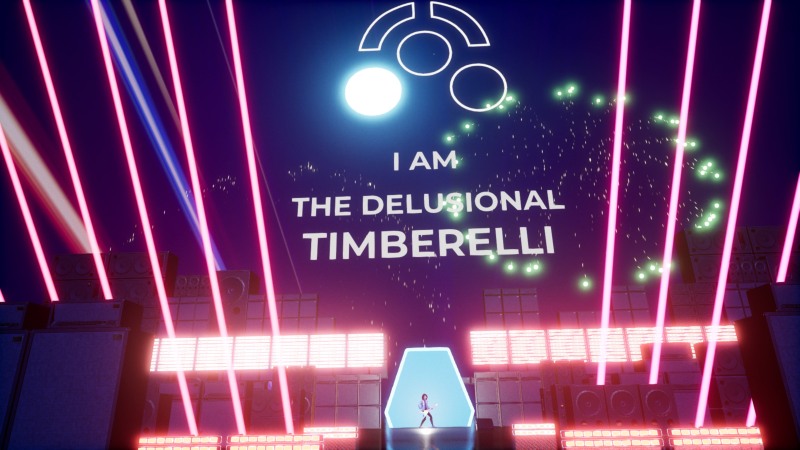 The game’s presentation looks like a combination of the game Oxenfree and South Park or Nickelodeon’s old show Angela Anaconda. All character movement comes across like stop motion in 60 frames per second. Francis navigates several side-scrolling maps to find his way through the cosmos to find himself and get back home.

As you walk around, The Artful Escape allows you to play your neon guitar practically all the time. As you move around, the environment responds to your music. Creatures pop up, and almost everything lights up in some form or another, kind of like the display on a synthesizer but without the 1-to-1 motion.

The environments already look interstellar, but adding in a responsive foreground of objects and creatures further expands the spectacle beautifully.

Most of the game, the worlds are quiet until you start playing. There may be footfalls or the occasional music from specific spaces, but that’s about it. 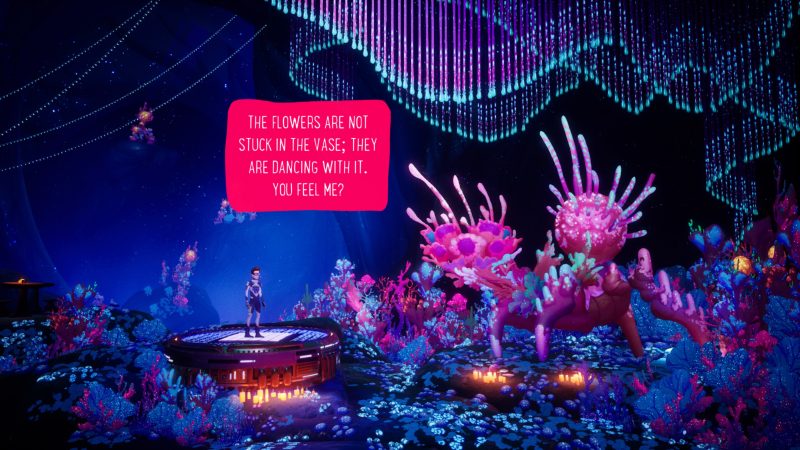 As Francis moves through the game, he must face different creatures in what the game calls Jam Sessions. These sessions work almost exactly like Simon Says does: Follow the pattern presented to you to move on.

The only difference is the patterns don’t stay the same during each session. After a few successful rounds, the creatures prompt a duet with Francis which brings such awesome energy as you combine your efforts with theirs.

As much as I loved my time with Artful Escape, two frustrating things stay in my mind. The least frustrating of them is how spread out game events are on the map.

Much of the time, Francis blindly runs between each story beat or event, and these runs take anywhere between 10 and 40 seconds. While not a lot of time, the frequency of these breaks gobbles up a great deal of the 4-hour playtime.

The other comes from how the buttons are used for the Simon Says-like Jam Sessions. These buttons are R1, L1, Circle, Triangle, and Square, and they often ask you to input multiple buttons at a time.

This works well in general, but every once in a while the combination doesn’t register if there’s too much time spent pressing all the buttons. As ridiculous as this point sounds, I feel like I press the button combinations in the same exact way every time, but they infrequently don’t register properly. 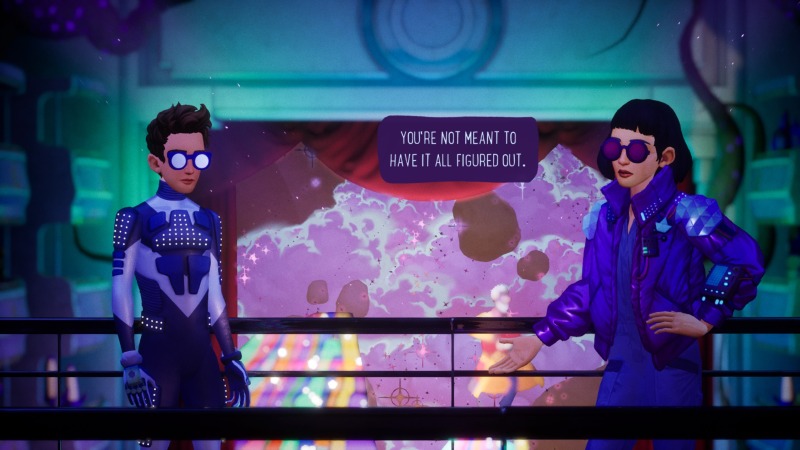 To the game’s credit, messing up these Jam Sessions doesn’t hinder progress at all. A shrill sound plays, the creature winces, then the failed prompt repeats. How well you perform the Jam Sessions changes nothing either, so the game forgives generously. It just sucks to get in rhythm with your opponent just to hit a sour note and throw off your groove, especially when you hit the correct button combination.

The way that The Artful Escape handles its subject matter on both a technical and allegorical level make this complete package something special. Absolutely nothing, even its miniscule issues, gets in the way of the success this game creates. Francis’ ride through the cosmos entertains as much as it keeps you thinking. The Artful Escape is an indie game more than worthy of your time.